Ed Timperlake on Al Poteet for Congress: Why Poteet for the 21st Congressional District of Texas?

Al Poteet is running for Congress.

He is a candidate for the 21st Congressional District of Texas and as both Editor of Second Line of Defense Forum and former National Director of President Reagan’s Vietnam Veterans Leadership Program,

I believe in this time of testing for America in a very dangerous world, President Trump and all Americans need such a man as Al Poteet serving in the United States Congress.

Hello Neighbors…I am Al Poteet and am running as a Republican to be your U. S. Representative for the 21st District of Texas.

My unique blend of public sector service, private sector experience, and Texas values will enable me to faithfully serve you if elected to the U. S. Congress. 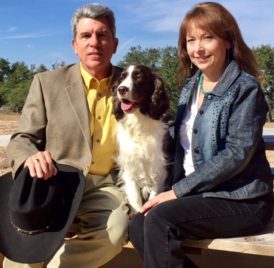 I believe our country urgently needs real leadership, practical experience, common sense, and a passion to make government work for the people — not the other way around.

I am a Fifth Generation Texan, whose family originally settled in a community south of San Antonio, that became Poteet, Texas.

The great State of Texas is very special for me and my family.

My first born child, a daughter, is a true Texan, she  was born when I was serving as a Marine flight student  at Naval Air Station Kingsville Texas, during the Vietnam War years.

Al is a fellow Vietnam Veteran serving as in combat as an Army Warrant Officer helicopter pilot. I was honored to join with Al Poteet on the very first team building out the Department of Veterans Affairs for our 41st United States President, George Herbert Walker Bush.

Once elected the individual so honored represents all of their constituents fairly and justly.

I can only hope that the good people of Texas will vote to send my very honorable friend of three decades Al Poteet to help clean out the swamp in Washington, 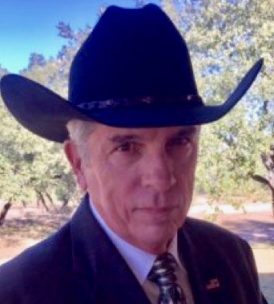 Al Poteet would never ever tolerate such awful treatment of those who served as being reported in today’s Department of Veterans Affairs.

And most important on a human level Al Poteet is a very nice person, fair, thoughtful and kind.

Please give him your most sacred treasure your vote which is empowered as “we the people” to represent all who live in the 21st Congressional District in the greatest nation in the world.

Two critical platform planks that he is running on which are very important for me.

America must maintain a strong national defense posture, a cutting edge offensive capability, and a well-equipped and trained military as a deterrent to global threats and to deliver a decisive response when necessary.

It is critically important that a “new and improved” state-of- the-art missile defense system program be developed and deployed to protect America and our allies from international terrorist states and rogue nations such as Iran and North Korea.

Without a strong national defense, the United States grid and our way of life are threatened in ways most citizens cannot imagine.

Veterans – Promises made for service to and sacrifices on behalf of our country must be honored.

No more “kicking the can” down the road.

Effective accountability must be implemented within the Department of Veteran Affairs to ensure that services and care are of the highest quality and delivered in a timely manner.  Incompetent managers at all levels of VA must be fired and good employees who provide high-quality service to our nation’s veterans must be respected.

Whistle-blowers must be protected from unscrupulous managers that seek to discriminate against them and terminate them from government service.

Contract community healthcare must be authorized to augment VA healthcare services when a veteran lives too far a VA medical center or there are delays for healthcare delivery for whatever reason.

“Cooking the books” and cheating on service delivery to veterans must not be tolerated and directors who cheat veterans must be “cut out of the herd” without retirement as an option.

From, the Honorable Edward Timperlake in support of Al Poteet’s candidacy.

To read what additional true leadership means for all other issues, please go to Alonzo M. Poteet III Website and FaceBook Page to support his effort.