Can the PRC dominate the Pacific in the next 15 years?

The Chinese Government and the Management of Dissent

Are there moral issues affecting the contest in the Pacific? The Chinese Crackdown Carried Out by the Neo-Red Guards Predates the “Jasmine Revolution.” Steven W. Mosher President, Population Research Institute www.pop.org Excerpts from Testimony Presented to the House Committee on Foreign Affairs, Subcommittee on …

One of the Most Under-reported National Security Issues in the 21st Century by Douglas Farah, National Defense University Press, PRISM 2 no. 3 Douglas Farah is a Senior Fellow at the International Assessment and Strategy Center On July 1, 2010, …

Have We Experienced the Dawn of the Chinese Century?

As Second Line of Defense completes its first issues forum, I offer a final thought from a different perspective on Chinese influence…both on a regional and world scale. We don’t have to wait 15 years for the PRC to dominate …

Can the U.S. Meet the Challenge of the Evolving Pacific?

Dr. Malmgren has underscored in his analysis of alternative futures for the PRC in the 15 years ahead, that there is no inevitability of the dominance by the PRC in the Pacific.  Much of this depends on what the U.S. … 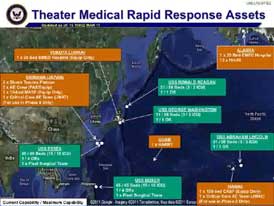 Can the PRC dominate the Pacific in the next 15 years?

Most often the issue discussed by American defense thinking has been from an American viewpoint–What should America be doing to address the rapid modernization of the Peoples Liberation Army( PLA). We have opened this SLD Forum by reversing that paradigm.

A technical point for this introduction is that the PLA was used as a catch all term for all the various forces the PRC is building. The leadership of China has by their words and deeds shown that they are focusing on all domains of battle; Land, Air, Sea, Space and Cyber. Consequently any part or all of their modernization programs, and training and tactics is on the table for discussion-including economic warfare and their focus on denial and deception as an additional tool of war.

In addition, other strategic assets are clearly at play – economic, diplomatic, political – within which the military modernization is wrapped.  These elements are an important part of the equation to determine the course and fate of PRC ascendancy.

The first Second Line of Defense Forum issue is an attempt to generate a robust and insightful debate about the most important issue facing American National Security in the 21st Century—it actually is a simple question with no easy answers—  How can the PRC dominate the Pacific in the next 15 years?