What do Rugby and Combat Have in Common? Victory Through Teamwork

On a beautiful early fall evening in Annapolis Maryland, the Naval Academy Rugby Alumni Association had a dinner with the theme “with you”.

It was especially poignant because Rugby is a relatively “new” sport at Navy, only fifty years old.

Remember we are talking about the Navy/Marine Sea Service team that goes back to the founding of America’s military. 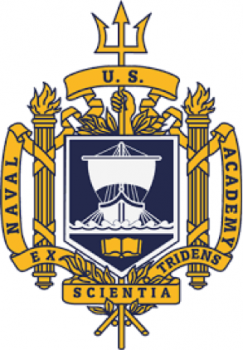 The US Navy was founded on October 13, 1775 with the motto “Non sibi sed patriae” (not self but for country). Marines began in Tun Tavern November 10, 1775 motto “Semper Fidelis” and the United States Naval Academy on October 10 1845 motto” Ex Scientia Tridens” (Through Knowledge Sea Power).

A “with you dinner” was especially powerful as the evening unfolded while world events are coming to a dangerous boil.

The day before on October 5th 2017, President Trump held a White House dinner for all U.S. Military senior officers and their significant others and the President closed the evening with a prophetic statement that this time in our nation’s history is “the calm before the storm.”

Many in the media tried to grasp exactly what is President Trump was referring to with such a statement.

If the past is prologue than just read Winston Churchill’s seminal work “The Gathering Storm” to try and understand what the Academy midshipmen present at the dinner maybe facing.

Today like the pure evil in the late 1930 of Nazi Germany and Imperial Japan, ISIS, and North Korea require direct action.

Both the men and woman’s Rugby teams were present.

And make no mistake — the Brigade of Midshipmen, men and woman united in purpose and mission are fully capable in personal character and professionalism to enter the fleet to defend America.

They are most certainly up to facing whatever is to come.

After all, the all the officers at the White House Dinner began their service career as Ensigns or 2nd Lieutenants. 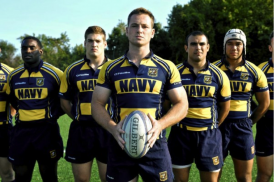 The “With You” honoree was LTCOL Kevin Shea USMC, a 1987 graduate of the United States Air Force Academy who took his commission in the Marines.

Kevin was the Assistant Coach for the Rugby Team and played on the All Marine and combined services rugby team.

He was killed in action in Al Anbar province Iraq on his birthday Sept 14, 2004.

His daughter 2nd Lieutenant Brenna Shea USNA ’17 spoke movingly of her father and sent out a very powerful message that transcends a Rugby dinner but defines what Rugby and combat have in common to achieve victory:

“United we stand: Divided we fall.”

In today’s America that is a very important statement; especially in this time of the calm before the storm.

There were three inductees as well into the Navy Rugby Hall of Fame.

The first was Chuck French ’81; the second my Classmate Dewey Meteer’69, who could literally run sideways faster than most individuals can run forward and, thirdly, Mike Flanagan.

The Irish Rugby star Gavin Hickie who had coached at Dartmouth was also introduced as the new Director of Rugby. 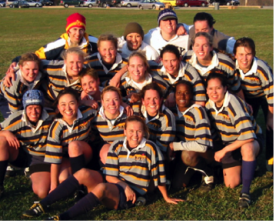 What truly made the evening unique, as only Rugby players, can was the constant comments about the usually unspoken connection all Academy sports at whatever level to the teamwork necessary in the middle of a combat engagement.

It was evident through the course of the dinner that Naval Academy Rugby team mates whether Navy Air, surface and sub-service combat officers, SEALS and Marines had connections during time of intense combat Most sports team in Colleges or the Pros do not have a clue to how important teamwork is outside of their sport.

That is what makes all Service Academies and whatever sport Midshipmen and Cadets play rather unique.

The Invocation to start the dinner was profound in capturing a warrior ethic so important for a Nations Survival.

Dear Lord, as we gather tonight in the shadow of Marcus Aurelius, Aristodemus, Kevin Shea, King Leonidas, Melankonos of Caria, Jeremy Graczyk, Doug Zembiec, and so many timeless warriors that have fought tooth and nail for all that is good and righteous — we thank you for all that you have allowed us to earn.

We, the knuckle-dragging trench fighters who underpin the success of the masses, who are here long before the ticker-tape parades, and well after, give you gratitude and understand that as we feast tonight should the call to arms come, we nobly and dutifully will lock arm-in-arm, guided by Saint Michael the Archangel to eliminate bad people, doing bad things. You have our word.

The obituary of Jeremy Graczyk  highlights his life and accomplishments.

Jeremy Graczyk attended college at the U.S. Naval Academy where he was co-captain of the rugby team his senior year. He was a two-time collegiate All-American whose speed and size were unmatched. He received a Bachelor of Science degree in Systems Engineering in 1999.

After completing his academic studies, he was commissioned as a second lieutenant in the U.S. Marine Corps. He served as a platoon commander in the infantry and led Marines during the initial invasion of Iraq as part of Operation Iraqi Freedom in 2003.

Doug Zembiec USNA ’95 had come to be known as the Lion of Fallujah.

It was a dinner for the ages and is best remembered with the call to remember her father by  2nd Lieutenant Brenna Shea: “United we stand: Divided we fall.”