Focusing on the Real Threats: Putting Robert Mueller in the Rear View Mirror

If a New York Times reporter was assigned to write a story on June 15 2015, on who was a very successful victor in national network TV “wars” by coming out on top in ratings while concurrently continue to build a world class company, Donald Trump would be one of the first successful people for an on-the-record interview.

June 15 2015 was the day before our current President and now our first lady Melania Trump came down the escalator in Trump Tower to make begin his historic run for the Presidency.

And right on cue in covering that day the NYT went full churlish and haven’t stopped.

Correspondently, if the same newspaper was asked to make an honest assessment on November 7 2016 of what significant world leader had by background and training to be at the top of his game in collecting actionable intelligence while leading a nuclear armed nation Vladimir Putin would be first in line for that interview.

Both President Trump and Putin mastered their respective domains, one as both a successful TV personality and builder the other as a KGB intelligence officer.

Hillary Rodham Clinton in 2016 runs perhaps her second most inept campaign in history, the first was her rout in 2008, by Barrack Hussain Obama in the Democrat primary.

And with that delusional foolishness, aided by many in the media who should know better, America is off to the races down that path.

As both of us were but a small part of the National Security Team that helped win the Cold War there is no love lost over the brutality of those years coming out of Moscow.

So lionizing Putin is not our focus, rather pointing out how American domestic politics has now skewed any real leadership to deal with the world as it is.

It is clear that the world’s is on the eve of a potential and increasingly realitisc nuclear engagement launched by the Dear Leader of North Korea. 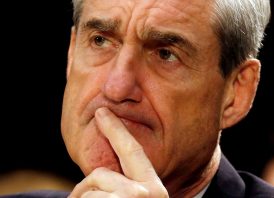 Why are they listening to me rather than dealing with global crises?

Putin has also made this point, so we should not focus on global reality, but condemning the man who made that warning, for he is the Russian leader!

Such is the logic of today’s McCarthyism of the left.

And we are looking forward to all the forthcoming Hollywood movies on McCarthyism of the left and its impact on America.

Any discussion of Russia and Putin’s observations about the Korean crisis are totally discounted and filtered by a frothing and rabid hyperventilating attack on rational thought that one can only see Putin as evil or the devil incarnate.

Putin has argued recently that North Korea and the US are on the brink of a real conflict; he argues for direct dialogue to deal with the issue and discounts the impact of sanctions and other tools to get the conflict averted.

The point is that based on his sources, he views the probability of armed conflict as very high.

And based on his experience and his worldwide intelligence network, one should take him seriously.

But to do so back in Washington is almost perilous.

With the McCarthysim of the left blocking any realistic dealings with Russia nor taking their positions seriously – both to be countered and accepted whichever is the most relevant, we are making the Special Prosecutor Robert Mueller much more significant than any national security decision maker to sort out how Russia can fit into the equation of national security.

It is not about how many ill advised emails from the DNC have been netted, it is abut where does Russia fit into the US and allied evolving global security policies?

And one would like long and hard for those hearings and that discussion.

This is significant cross Washington failure and is about the Washington political culture and will not go away simply by exorcising the Trump factor.

So instead of leadership from folks like John Foster Dulles, Zbig Brzezinski, and Henry Kissinger, who in their time focused on dealing with the Soviet Union as a realistic strategic challenge, we are focused on the potential next subpoena of Robert Mueller.

With the world on the precipice of a potential combat engagement to stop the North Korean hydrogen bomb on an ICBM launch vehicle, clear-eyed thinking is required.

We do not need to be blocked from a realistic discussion of Russia and its role by McCarthyism from the left focused solely on US domestic politics with an obvious domestic political agenda.

Putin is a realistic global leader who is working to promote Russian interests as he sees them; not some Soviet ideologue chanting Leninist slogans from the time of the Revolution.

That thinking about the unthinkable being made real has to factor in Canada, Australia, the US, South Korea, Japan, China and yes-Russia. Neither good nor bad on what Putin is saying the point is as a former KGB agent he is saying it from a position of having access to intelligence.

Sadly for an honest debate, if any discussion about Putin’s observations are discounted because of fake news being activated at any minute, and thus leading to a summons by Special Council Muller to a Grand Jury, our National Security team has an externality to always keep in mind when discussing Russia.

Agree or disagree with Putin one should not discount his skill, cunning and access to global intelligence.

Where is Congress on rising above the current mouse top view about Russia helping HRC and putting the rise of a Hydrogen Bomb empowered nation being threatening US and Allies being focused on?.

Would it not be helpful to have real Russian National Security experts in hearings with “Blue Team” China, Japan, North and South Korean experts to frame as best they can the life and death stakes at play.

Make no mistake the US military and our Pacific Allies are ready to “Go North” if ordered. It is critical for the American people to have the truth told about the stakes involved if the famous “can would be kicked down the road” any further.

What cleared eyed Russian experts can bring to a robust and transparent debate should not be distorted by a petty and now unacceptable “red herrings” that somehow HRC did not lose the 2016 Election; rather the Russian did that for her.

That has ceased to be a joke and must stop.

One response to “Focusing on the Real Threats: Putting Robert Mueller in the Rear View Mirror”