Washington (CNN) Federal investigators exploring whether Donald Trump’s campaign colluded with Russian spies have seized on Trump and his associates’ financial ties to Russia as one of the most fertile avenues for moving their probe forward, according to people familiar with the investigation.

The web of financial ties could offer a more concrete path toward potential prosecution than the broader and murkier questions of collusion in the 2016 campaign, these sources said.

Since the swearing in of the Honorable Robert Mueller it has been a race in his finding something that may make it politically impossible for President Trump, who has every right to do, to fire him.

The announcement of a Grand Jury is very close to such an event.

The next step, in not being fired, will be leaking finding the possibility of an actual crime has been discovered.

Sadly with today’s “fake news” cycle, it can be any possible criminal activity by anyone connected to President Trump.

Due process and innocent until being proven guilty beyond a shadow of a doubt be damned in the vicious DC Main Stream Media court of public opinion.

Such a leak probably will seal the deal in making former FBI Director Mueller fire-proof.

Although one should never ever underestimate President Trump’s moral courage in saying enough is enough and acting on such a travesty of justice.

Fired FBI Director James Comy wanted to trigger such a miscarriage of justice sideshow with real teeth and he has also been called a personal friend of former Director Robert Mueller.

This personal nexus and documented conflict of interest begs at a minimum for Special Counsel Muller to honorably resign his DOJ appointed position.

Right now, starting today, the problem is that all connected to Businessman Donald Trump even those with a “six degrees of separation”  connection to his business dealings may eventually have a very rough time in front of a Grand Jury.

The Deputy Attorney General has allowed a very wide scope for the Special Council.

All should never forget what happened to “Scooter” Libby, or the horrific play made by Lawrence Walsh in the Bush (41) election.

From the history of that legal moment:

On the eve of the 1992 presidential election, on October 30, Mr. Walsh obtained a grand jury re-indictment of Weinberger on one count of false statements. One phrase in that superseding indictment referred to President George H.W. Bush.

Some believe that Bush had been closing the gap with Bill Clinton, and that this event stopped his momentum

President Clinton’s attempted removal from office over lying about sex was a Special Prosecutor’s very public fumble because the criminal members of the Clinton Inc team should have all gone to jail based on the hard National Security evidence collected during the 1996 Year of The Rat campaign. 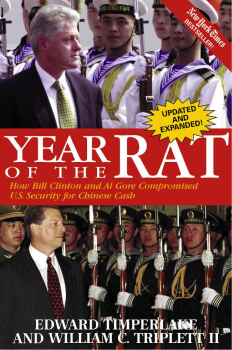 But right now the NYC financial backers of President Trump should be very concerned because, billions or not, the DC jungle fighters can eat their lunch.

An epic political fight to destroy all things President Trump is now underway.

The other strategic war in “Operation Destroy Trump” is from within.

It is now past time to protect against an essentially silent coup under color of law.

It is long past time to ask where is any Grand Jury action focusing on Clinton Inc.: the “ lock her up” mantra, the felonious “unmasking” effort and the ongoing leak investigation?

The Trump Administration has lost control of the fight.

The famous DC lawyer “Ty” Cobb was clueless on the announcement while many many MSM venues all knew, about it.

So far without a Grand Jury looking into “leaking” the media will continue to know more, thanks to the Honorable Robert Muller’s team’s “leaking.”

All know that leaking Grand Jury testimony is a very grievous felony and by “leaking” I am not implying that Mueller’s team would ever commit such a crime.

But in the ebb and flow of Law Enfoldment actions at the highest levels of Government the identity of “Deep Throat” being the very bitter number two at FBI should always be kept in mind.

Essentially unless all wake up, especially Trump backers in NYC and fight back effectively they will not know what is happening because it is just so outside their “big buck” financial frame of reference.

Sadly it is very unfair but DC rules are unfair and way different.

Beginning over two decades ago as an individual deeply involved in all aspects of how this all works inside  legislative and Executive departments and living through  fiery media cauldrons  allows me to commiserate on the inevitable impending pain by those connected to President Trump-sadly starting with his family.

Rallying the American People can always help, but it is only one critical element in what is shaping up to a full on war to keep the Swamp creatures  in power because DC power and the influence money at stake is huge.

Across the USG, especially in the White House, the loyalists on the Trump team are not on the field when it counts.

But one must always close with a nod to our eternal American optimism.

When all looks bleakest America we will always have the legacy of “untouchables.”

But MSM please do not insult Americans by claiming this investigative team is of that ilk.

Rather the veterans and their families and all of Trump Nation are the real “untouchables” throughout America.

All Americans should always have the great hope in dark times to trust in our innate sense of fair play and everything will finally be A-OK.

I predict American’s combat veterans are those men and women who see clearly the evolving violation of our Constitutionally blessed electorial process.

After all they faught for those principles:

“…hucksters will reach out to harness this generation’s energy for their own purpose. However, whatever a veteran does, big or small, every American should know that these men and women have a well-developed instinct for the truth. They are untouchable on that front.

So unscrupulous politicians, scam artists, hustlers, and parasites be on notice. If a man or a woman can face down the Taliban, come at them at your peril.   Same advice goes to criminals and street thugs.

America, as once reported in the great space race, is “A-OK”.