A Tutorial for Ted Cruz on “New York Values”: New York Voters Get a Teaching Opportunity

Apparently, Ted can not define “New York” values; so let me help him.

I grew up on Staten Island, educated at St Patrick’s in Richmond, and had a amazing childhood in NYC so Rafael gave me a friggen break.

It was a magic childhood.

A loud screeching subway with tokens to get up-town or across to Cony Island, just see the movie ‘The Warriors” to understand. 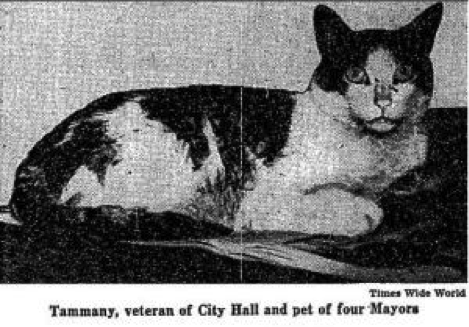 “Tammy .. who occupied City Hall during the administrations of Mayor Jimmy Walker and Mayor Fiorello LaGuardia in the 1930s.”

“Tammany’s life of luxury as the City Hall cat began sometime around 1930, when New York Mayor James J. Walker found the cat on the Lower East Side. Mayor Walker named the cat Tammany and brought him to City Hall to help get rid of rats in the building.

Tammany was apparently quite the charmer, because during the remainder of Mayor Walker’s reign, his rat diet was supplemented by calves’ livers that came out of the city budget (nice touch).

As the New York Sun reported, he was “a bold, swashbuckling lad” and no rat was too big to escape his claws.”

Let’s not make Hillary have to do the same, and she hasn’t even made even one contribution to American Culture-except “What difference does it make” about the four American’s KIA in Benghazi on her watch.

While in very patriotic NYC tradition another NY Mayor “The Little Flower” was a combat bomber pilot in WW I.

“In the first World War he was the pilot of a bombing plane on the Italian front, and he kept on dropping bombs all his life–on “reactionaries,” prohibitionists and Ku Klux Klanners in Congress during the Nineteen Twenties, and on Tammany Hall during his long Mayoralty service.” 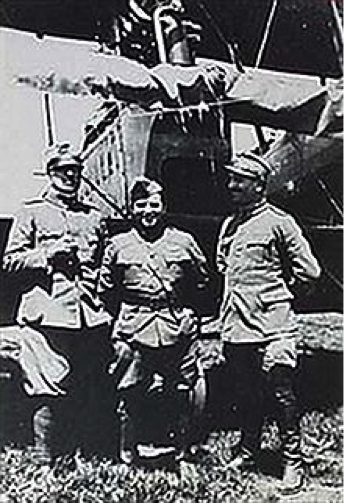 I was just one of many playing stoop ball and we all had had dads who were WWII veterans.

In my case one Grandfather was Career NYPD, who was Mayor LaGuardia’s bodyguard for a time before finishing up in Chinatown.

The other was a real fraud buster as head auditor of ATT Long Lines–both were real law and order influences.

My dad was USN and we stayed in New York as he was deployed. He was an early Nuc sub sailor and died of inoperable brain cancer at 44-the only other male of that WW II generation was my mother’s brother who was KIA on Iwo Jima just after his 18th Birthday, I am named for him.

My Aunt is a widow of a career NY Fireman–so I earned the right to say hit the road and go peddle your sanctimonious hypocrisy somewhere else Rafael Edward Cruz.

As an Annapolis educated US Marine and fighter pilot with a graduate degree from Cornell and two political appointments by President Reagan.

Enough already about Senator CruzSenator and Canadian being a true keeper of the conservative flame.

It is all about him and his quest for power—so whatever works is that it Ted?

If Texans (my daughter was born in Kingsville Texas) accepts a Senator with dual citizenship, US and Canadian who has sworn to protect all Americans against threats foreign (the jokes write themselves) and domestic that is their choice.

But don’t be surprised when my City and State rejects you Teddy.

The Daily News weighed in early on this and put this as clearly as anyone. 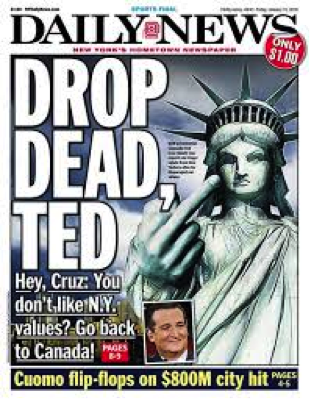