The USS Porter and USS Ross Deliver a Response to Assad’s War Crimes: Thank You to the US Sailors!

“They that go down to the sea in ships, that do business in great waters.”

In one shining moment with Tomahawks fired from USS Porter and USS Ross, the world knew a new Commander-in Chief was at the helm.

Day in a day out our sailors around the globe face the ocean and stand always ready for combat in following a passage in the United States Navy Sailor’s Creed “I represent the fighting spirit of the Navy”.

Back in home ports and throughout America, ship crews families and loved ones also make a contribution to the safety and security of our nation. Mothers, fathers, brothers and sisters, wives and children make do with the long absence of our sea going navy.

Navy life is rewarding but in reality it also hard on families.

April 6, 2017 was a day for Navy Family pride, the contribution of families is very real and very personal for those deployed at sea.

Both Arleigh Burke Class guided missile destroyers that attacked Syria from the sea were forward deployed to Rota Spain. 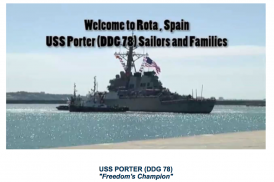 The USS Porter is named in honor of two legendary Naval Officers: Commodore David Porter of the Barbary Wars and War of 1812 and Admiral David Dixon Porter, who was a Midshipman at age 10 and fought with great distinction in the American Civil War.

Admiral David Porter is credited with driving home professionalism when Superintendent of US Naval Academy and initiated an honor code: “to send honorable men from this institution into the Navy. He was the second man to hold the rank of Admiral  and he lead major Naval reforms.

No finer complement can be given to the 21st Century Navy and the dynamic and extremely successful contribution’s being made by the admission of women to the US Naval Academy than seeing the Commanding Officer of USS Porter have her crew earn an historic famous Flag Hoist “Bravo Zulu” for Job Well Done.

Cmdr. Andria Slough graduated from the academy with a Bachelor of Science degree in ocean engineering, according to the Navy’s website.

She serves as the commanding officer of the USS Porter, a Navy destroyer in the eastern Mediterranean Sea. 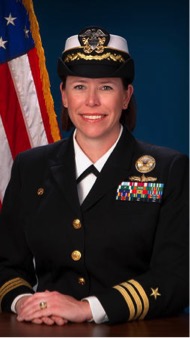 The USS Ross was named for Capt. Donald K. Ross, the first World War II recipient of the Medal of Honor.

Captain Ross  was 30 and the chief engineer on the battleship Nevada when the Japanese attacked Pearl Harbor on Dec. 7, 1941. Wounded and blinded by a bomb, he remained at his station until the Nevada was beached, keeping the ship’s machinery running and preventing it from sinking and blocking the harbor. He began as an enlisted sailor and came up through the ranks to become a Navy Captain.

The key element of a successful Navy team is melding together men and woman into a fighting team once they make the decision to join the Navy.

Performance counts from day one regardless of how one earns a commission. 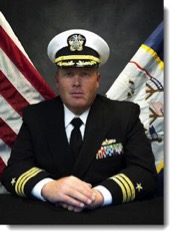 When President Trump ordered the USS Ross and USS Porter to launch Tomahawk’s at a Syrian airbase, the Captains and crew, like sea going warriors in the Med from Roman Galley’s to Viking Long Boats, to English “Sea Dogs” and Lord Nelson, would prepare for combat.

“All hands man your battle stations.”

Just like their forefathers in WWII, Korea, Vietnam, and Desert Storm and now our longest war they would make ready.

The first strike is now over, but the enemy always gets a vote and everything in combat and military technology is always relative against a reactive enemy.

But the fighting tradition of the Navy is well ingrained and like all Presidents before President Trump, the Navy will not let him or the country down. 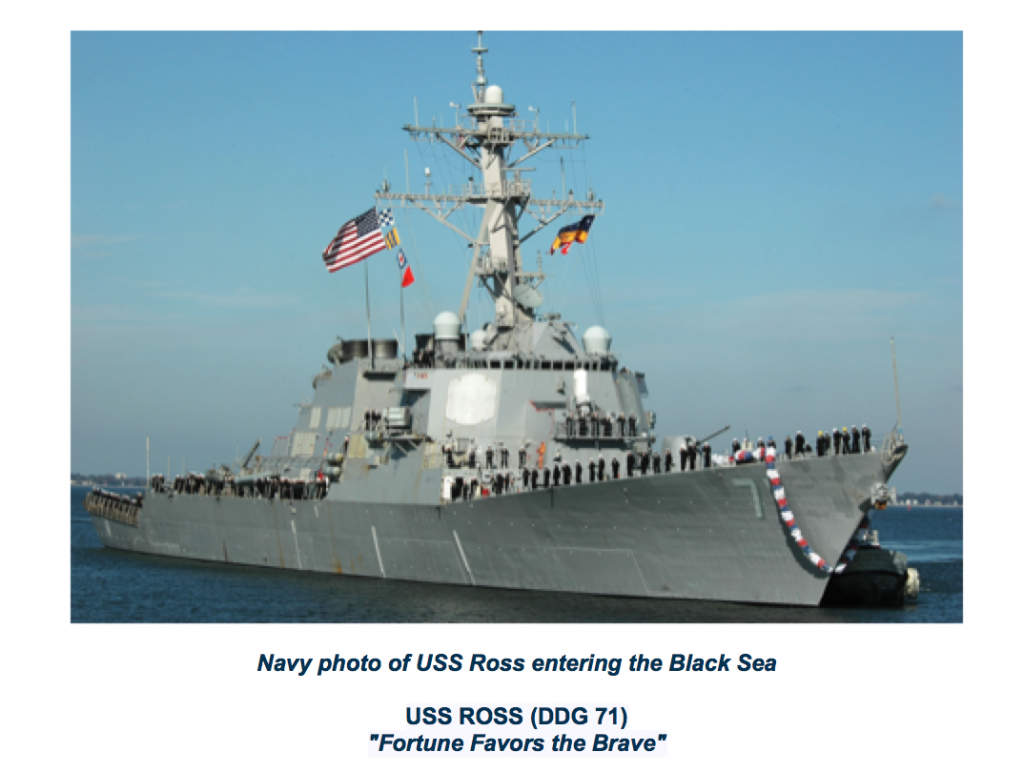 It cannot go unnoticed in the Southern White House Situation Room, Steve Bannon was in the room.

Way beyond the Hot House Gossip of the chattering class and Cubical Commandoes pontificating on TV, Steve Bannon actually served as an Officer on a US Navy Destroyer. “One of us a Sailor.”

Bannon reported for duty as a young surface warfare officer aboard a Navy destroyer. It was just a few years after the end of the Vietnam War and under President Jimmy Carter, most Navy ships were undermanned at the time and across the military complaints about a “hollow force” were common.

During Bannon’s seven-year stint in the Navy, things would change rapidly. Ronald Reagan became president in 1980 and set out to build a 600-ship Navy.

Military pay was raised, morale improved and there was plenty of opportunity for advancement in the growing Cold War-era force. Bannon would eventually rise to the rank of Lieutenant and served in the Pentagon’s E-Ring.

“Regardless of one’s political ethos, all you need to know is that he’s one of us — a sailor,

And in the inner team there is also Commander Sean Spicer USNR, with a master’s degree in national security and strategic studies from the Naval War College.

The Navy is well represented at sea by the warriors and by the new Administration.