When I was working in the semiconductor industry in 1984, the U.S. labor force was approximately 250,000 direct employees. In 2017, the labor force is roughly the same size.

Yet, we know that the volume of silicon wafers consumed, the base material used in almost all computer chip manufacturing, has grown from 1.3 to 10.4 billion square inches. (Semiconductor Equipment & Materials International, Industry Research & Statistics (www.semi.org)

But this tremendous growth rate pales in comparison to the number of transistors (the tiny electrical circuits that make up the computer chip) that have increased from around 250,000 per chip to well over 7,200,000,000 for a modern Intel microprocessor (over 30,000,000,000 for some application specific chips).

The point is clear; labor has become less of a factor in determining the output of a modern semiconductor factory, commonly called a “fab.”

But, have labor costs also gone down in relation to the productivity improvements achieved through automation, manufacturing equipment performance, and chip design?

I used the semiconductor industry, more correctly the integrated circuit (IC) industry, to demonstrate the subjective points regarding output and labor content.

To quantify my thesis that the reason we have seen a migration of high tech manufacturing jobs away from the U.S. has less to do with labor rates and more to do with governmental policies, I looked at another manufacturing industry; one that has almost entirely consolidated in mainland China, photovoltaics (PV) (i.e., solar electric distributed generation). PV manufacturing is much less complicated than IC’s and, therefore, easier to demonstrate the points regarding labor costs as they impact total product costs.

Looking at Figure 1 shows us that a 100% range of labor costs (±50%) impacts product costs by less than 7%. To say that another way, if a country offers wages at half the U.S. rate, they only impact the product cost by 3.5%.

So, how can government policies impact product costs by amounts greater than that impacted by regional differences in labor rates?

One obvious strategy is the proposal by President Trump to reduce the corporate tax rate from 35% to 15%.

Using the same set of data, we see the increase in cash flow almost exactly offsets a 50% delta in labor costs (See Figures 2 and 3).

Anecdotally, in a recent conversation regarding a proposed merger of two equipment companies I was informed that their decision to incorporate outside the U.S. was solely based on a 17% reduction in tax rates.

A 20% reduction in U.S. corporate tax rates would have had the effect of keeping that combined organization in the U.S. and captured the tax revenue from not only the original U.S.-based firm, but also their foreign partner.

Yet, tax rates don’t’ seem to answer all the questions. 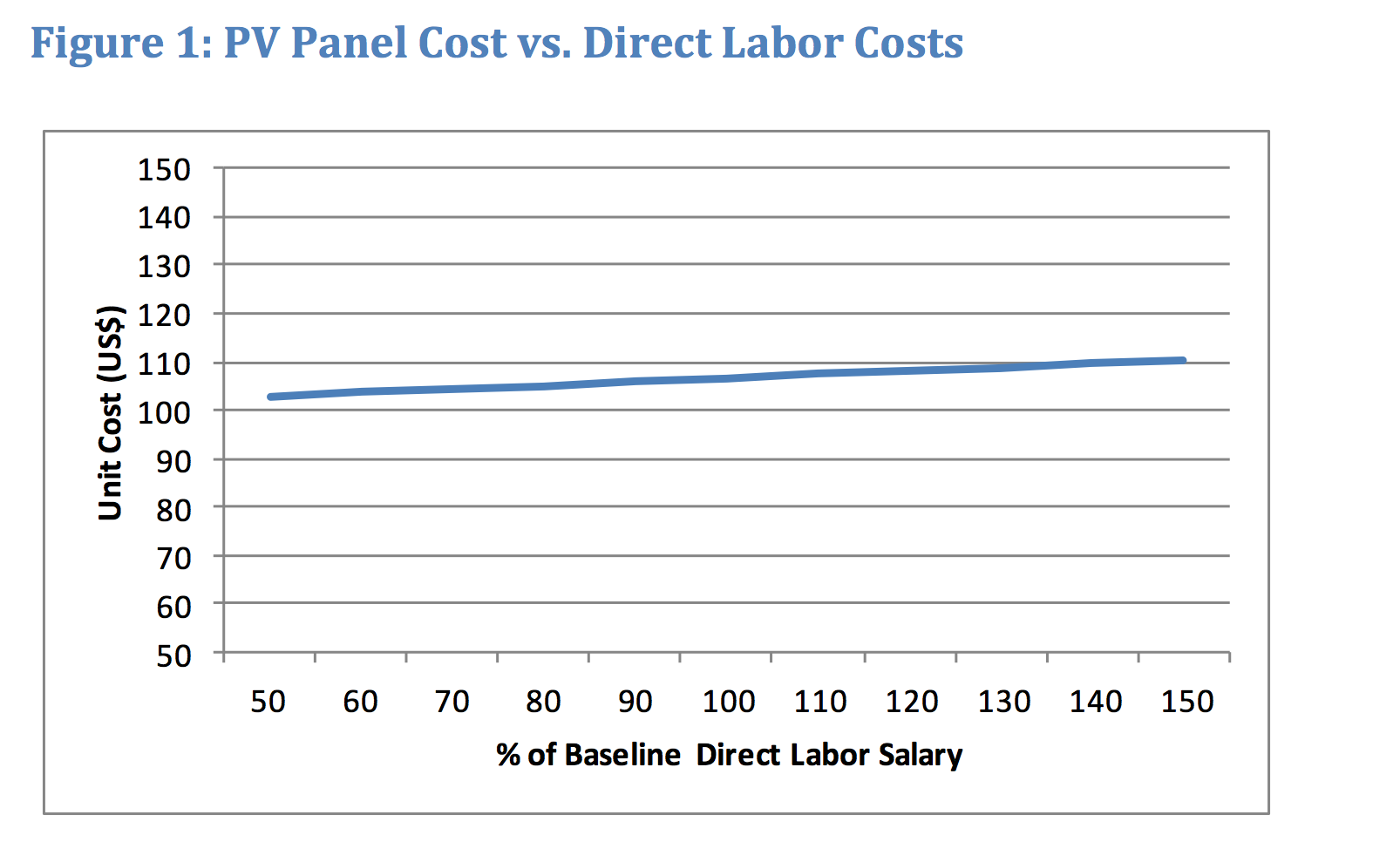 In the case of silicon-based PV, you have to look at the very first stages of the supply chain. To avoid dumping charges, for which they were not successful, it has been reported that the Chinese government provided subsidies to polysilicon suppliers.

Polysilicon is the basic starting material for the wafers that will ultimately be turned into PV cells and those, in turn, used to create the finished panels you see on rooftops and ground-based installations. 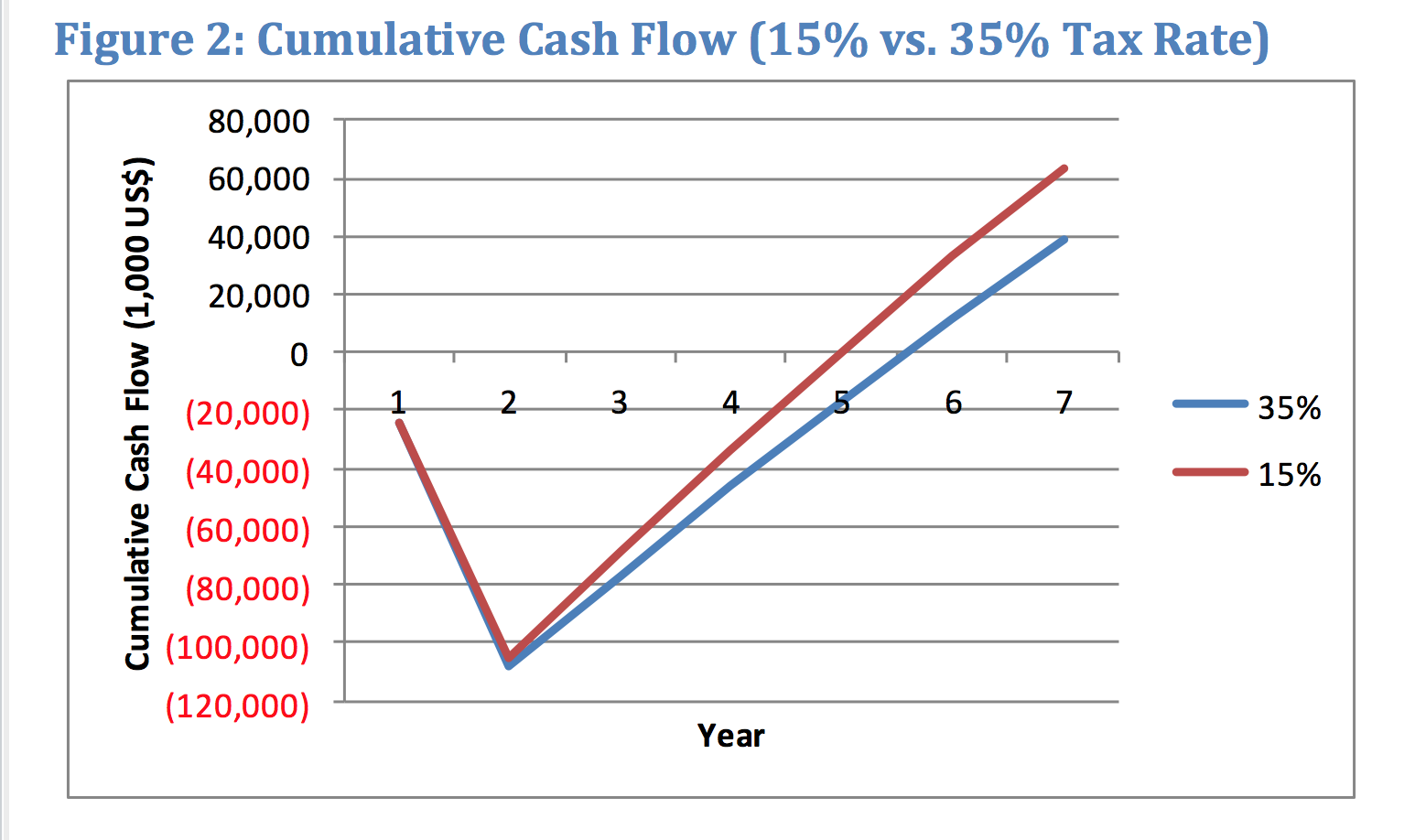 An examination of the impact of polysilicon pricing finds that the reported subsidies by the Chinese government result in a ~33% reduction in finished wafer costs.

When this data is used in the Solar American Initiative Public Solar Model the resulting impact on PV module costs is just slightly lower at ~30%; however, given the low margins in the silicon PV market, mostly due to pricing pressure applied by Chinese manufacturers, you can see how difficult, if not impossible, it is for U.S. manufacturers to compete.

And, in fact, they have virtually abandoned this market and have concentrated on other possible PV solutions. 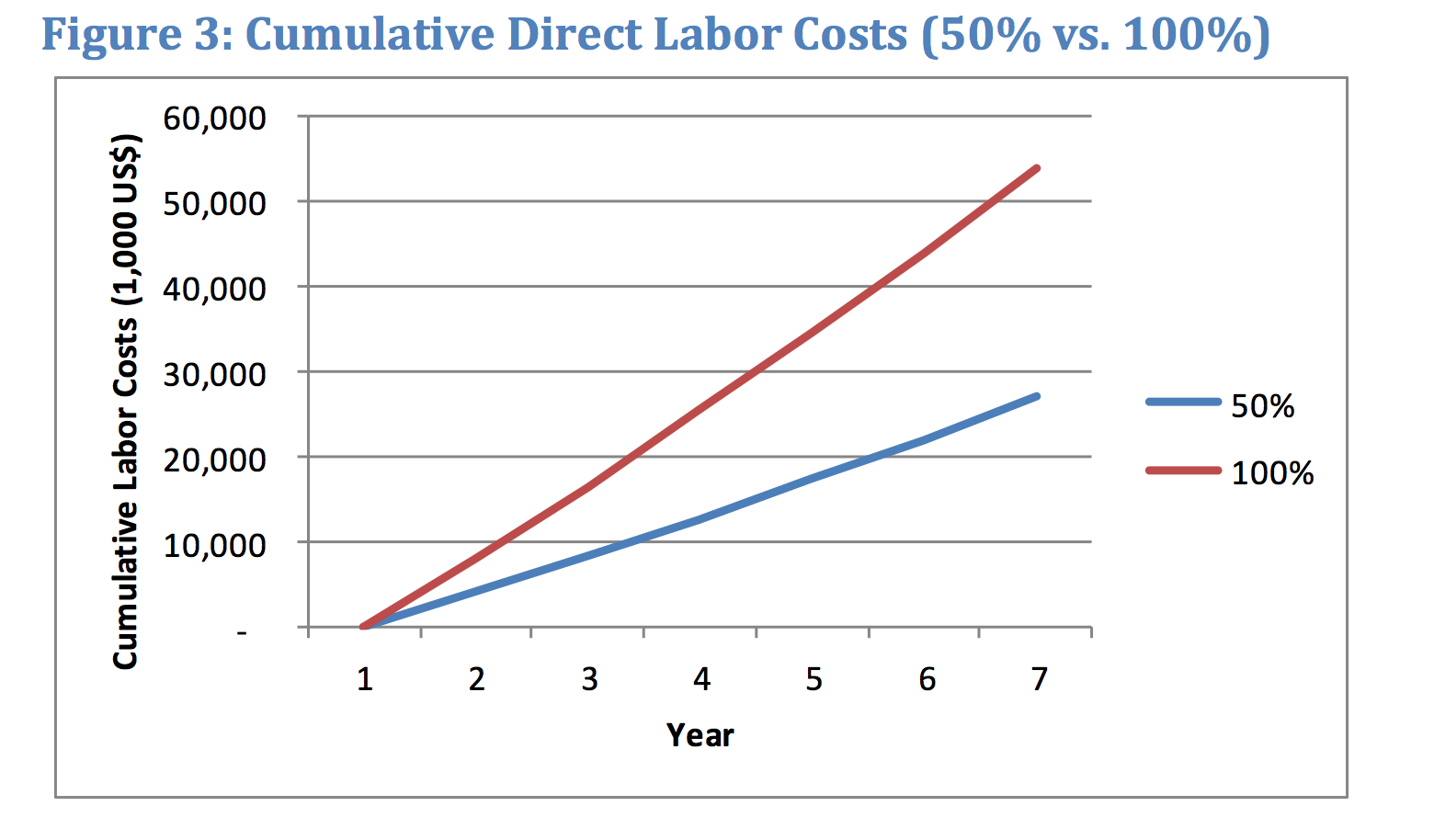 While much of the media has been critical of President Trump’s call for the institution of tariffs and taxes on products manufactured in countries suspected of illegal subsidies and currency manipulation, it was the Obama administration that enacted tariffs against Chinese PV module manufacturers.

The reported tariffs were very close to the numbers modeled above and were stated to be up to 31 percent, depending on the manufacturer.

Yet, this tariff approach has done little to bring silicon-based PV manufacturing back to the U.S.

Perhaps this strategy is too little too late; proving that once an industry has been undercut, it is difficult to bring it back on shore without significant government policy changes.

So, that brings us to the question of how to change the playing field instead of just trying to level it.

In the PV case, one proposal that could change the playing field is a new set of regulations that require the measurement of the environmental impact of various PV technologies based on their point of origin (mass and energy balances and disposal costs).

Other areas that impact the manufacturing location decision process are:

Clearly, the old excuse that American workers are overpaid, is no longer a valid axiom.

Given the state of automation in most manufacturing environments, or at least those that are highly valued by governments, it is government regulations (or lack thereof) that will ultimately drive these decisions.

David Jimenez is President and CEO of Wright Williams & Kelly, Inc., the largest privately-held operational cost management software and consulting services company serving technology-dependent and technology-driven companies. He holds a B.S. in chemical engineering from the University of California, Berkeley and an M.B.A. in finance. He is also the author of over 25 published papers in the fields of productivity and cost management.

One response to “Making the American Worker Great Again: The Fallacy of Labor Costs”