Elizabeth Warren on the Warpath Against Jeff Sessions: But Actually You are Not an Indian Warrior!

One of the many bizarre moments in the purported rollback of the threat posed by Donald Trump becoming President has been Senator Warren’s attack on Jeff Sessions.

You may or may not like Sessions politics, but there has hardly been a more decent man in the Senate in recent years.

A man who fought an uphill battle for what should have been the acquisition of the Airbus tanker rather than waiting for the political motivated choice of the Boeing tanker is clearly one of his many sins!

During the Boeing assault on the selection of the Airbus tanker, the state of Alabama became a target of intense criticism, largely around the purported fact that the workers of Alabama were incapable of building such a complex platform. 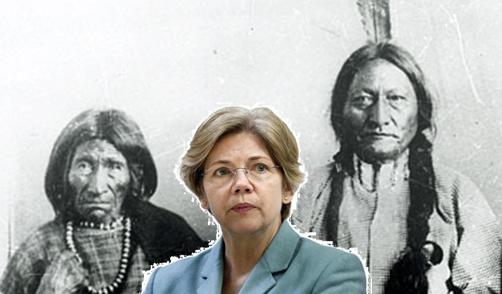 Fake news as coin of the realm.

Sessions defended his state and its workers.

“Fake news” became a common currency in the battle over the tanker.

But also seems that Warren must never have visited Alabama.

It would be impossible to be elected to the Senate without black votes for nearly 30% of the population is black and if one visits plants in Alabama (why would a White liberal do that!) one would find women, blacks and others in the workforce not just the purported white worker six pack who are in the mindset of Northeastern Liberals inherently racist).

Let us look at Warren’s own record briefly with regard to one of the most amazing fraudulent assertions for any politician, namely, that she is a Native American.

The hunger for academia to court “minorities” to pump up their federal funding support is a scandal in and of itself, but Warren combined with the practices of Harvard University to create a good example of “false news” before Trump existed even to claim such an entity.

Kenneth Maxwell who taught at Columbia University as well as Harvard had this to say about Elizabeth Warren’s claims in a column he wrote in 2012.

Elizabeth Warren is the Democratic candidate for the US Senate in Massachusetts. She is challenging the incumbent republican Senator Scott Brown. The contest has considerable political resonance since the senate seat was held for decades by the late Ted Kennedy.

In the special election following Kennedy’s death in 2009, the contest was won by a local politician, best known for posing nude as “America’s sexiest man” for a “Cosmopolitan Magazine” centerfold in 1982, and for driving a pickup truck. He became the first republican elected to a senate seat in Massachusetts since Edward Brooke in 1972.

Elizabeth Warren is a distinguished Harvard Law School professor. She served as chair of the congressional oversight panel after the financial crisis of 2008, and later was an assistant to President Barack Obama, and special adviser to the Secretary of the Treasury.

She comes from Oklahoma. Her father was a janitor. Like Scott Brown she did not have an easy childhood. The problem for Elizabeth Warren is that she claimed to be a Native American. There is no sound evidence that she is. Harvard Law School called her “the one tenured minority women” on their faculty.

She said she was part Cherokee. There are Cherokees in Oklahoma. They are the remnants of the Cherokees from Georgia, forced on the infamous “trail of tears” of 1838-1839, after they were dispossessed under the 1830 Indian Removal Act by President Andrew Jackson. Over one third died on the arduous trek from Georgia to Oklahoma.

There were Native Americans at Harvard. Founded in 1636, Harvard had encountered financial problems, so that in 1650, when its charter was granted, the English “Society for Propagation of the Gospel in New England,” gathered funds for the education of Indian students. Five were admitted. One was awarded a degree, a Wampanoag from Martha’s Vineyard. But all the Native Americans met untimely deaths, and in the1690s, Harvard petitioned to have the buildings torn down. It was not until 1997, that Harvard installed a plaque commemorating the existence of the “Indian College.”

A commitment to diversity is admirable. Elizabeth Warren could have claimed she was a poor white girl who became a Harvard Law School professor. Instead she claimed what she was not, and Harvard used that claim to justify a quota which was fraudulent.

For a look at Alabama as seen by then Governor Riley, see the following: