Can President Trump Get Back Robert Kraft’s Super Bowl Ring?

And who stole it?

You got it — that rascal Putin.

Not only a hacker, and martial arts guru but a specialist in the hot swipe, Vladimir Putin stole the owner of the Patriots Super Bowl Ring from their third Super Bowl victory.

According to Dan Harris: 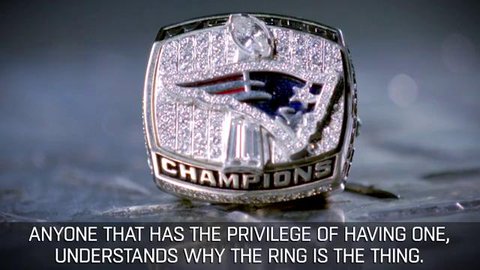 The incident occurred in 2005, when Kraft visited the Russian president in St. Petersburg not long after the Pats won their third Super Bowl title.

“I took out the ring and showed it to (Putin), and he put it on and he goes, ‘I can kill someone with this ring,’ ” Kraft told the crowd at a gala at the Waldorf-Astoria in 2013, according to the New York Post. “I put my hand out and he put it in his pocket, and three KGB guys got around him and walked out.”

Perhaps the new Secretary of State can put that on the agenda and get that puppy back to make the Pats Great Again!

After all QB Brady and Coach Belichik have been supporters of Trump along the way and which can show the way for New England to vote for Trump in 2020.

With Belichik going for post season win No. 25 tomorrow, this would be a load of his mind, knowing that the new Administration would support their efforts to win another ring while they got Ring 3 back from Putin!

That would mean two Rings in the same season!