Russian “Cyber” Attacks and the Election in Context

I sincerely doubt there is anyone in the Intelligence Community (IC) who would and can say definitely that the Russian Government played a “cyber game” in trying to effect the election.

They could have but then again so could many many other merry band of hackers and leakers both domestic and worldwide. 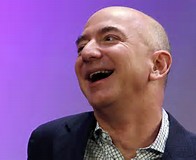 This is the smartest understanding of Cyber War made in politics today quoted in Bezos’ personal blog AKA The Washington Post:

Trump added: “It could be Russia. And it could be China.

And it could be some guy in his home in New Jersey.”

The Washington Post reporting is now taking their angry blogging so over the line that it is rapidly destroying what is left of any credibility they aspire to retain.

First it must be noted that there actually has been proven foreign influence in an American election. Clinton Inc with 100% certitude took massive amounts of dirty and illegal PLA money to help them win the Presidency and Michael Ladeen nails it perfectly:

“While Capitol Hill and the American media was transfixed on the Presiden t’s dalliances with young women, Timperlake and Triplett, who have a combined fifty years of service in American national security agencies, collected information from recently declassified U.S. Government documents and traveled to China, Hong Kong, Macau and Taiwan, combing through records and documents related to key Donor-Gate personalities.

In colorful description, they describe how they used undercover techniques to interview numerous sources with first-hand knowledge of illegal links between the Chinese military- industrial establishment and the Clinton-Gore political campaigns.

The tragic consequence is the rapid escalation of China’s military into a world-class nuclear, space and information-warfare power.”

With the emerging influence of “Information War,” of which cyber is a subset, I discussed Russian Cyber War in an American Thinker article in 2009.

“The First War in Cyber Space:”

It is well known they are excellent Cyber Warfighters who have now also apparently harnessed their criminal hackers to augment their worldwide reach.

This melding of Russian conventional military might with reported state sponsored criminal cyber syndicates is ominous and powerful.

And “Information War” from the PRC, the Peoples Liberation Army more accurately sticks with Information War recognizing “cyber” is just a technical way of acquiring and moving information inside a larger context:

The Peoples Republic of China’s attacks in United States Cyberspace are well known to even casual-mail and Google users, where viruses linked by the media to Chinese sources circle and wait for openings.

If the dollar value of the troves of information reported by media to be carted off by the Chinese were toted up, the number could be many billions, if not a trillion.

If George Washington and Thomas Jefferson could visit America in 2009 they would call the Chinese attacks Acts Of War.

Finally, I served for over 5 years as Director, Technology Assessment, International Technology Security (OSD), responsible for identifying and protecting from espionage US world leading military technology.

I was also the DOD representative to the National Counterintelligence Executive Committee NCIX (DNI) as principal liaison to FBI in their Government wide “Critical National Asset” project.

I was also a graduate teaching Assistant at Cornell on computers and decision making. Consequently in 2011, I was asked to testify on “Cyber-attacks, Espionage, and Technology Transfers to the People’s Republic of China,” Foreign Affairs Committee, United States House of Representatives.

The Revolution in Military Affairs and Cyber War

While Congress was researching the issues mentioned above in the late 90s, Mr. Andrew Marshall Director of Net Assessment, Office of the Secretary of Defense, published his short and very direct paper heralding the advent of a “Revolution in Military Affairs.”

The PLA and especially their spymasters were paying close attention.

He postulated that technology and war fighting would evolve toward two constantly improving military capabilities.

Since that time PRC cyber espionage attempts have been growing and are unrelenting.

Traditionally the commonly accepted thoughts about PRC espionage is that they have different “spy craft” than the “cold war Russian” model of linear cells and cut outs.

The evidence in the 90s is that the PLA approached collecting information and technology much differentially than the Russian “cold war” model.

It has been my experience in investigating illegal money contributions that the PLA as needed will use their military along with their Intel community professionals, criminal elements (Triads), businessmen “hustlers,” academics both professors and students and even relatives of all those groups—what ever works.

So when the world become more digitized through the computer revolution, the PLA adapted, and became world class offensive cyber war fighters.  However, this time there was a role reversal from Russian cyber activity.  Russian cyber activity has been reported to be very wide open ranging from military and state sponsored activity, to numerous criminal enterprises for profit, to any of many other reasons.

As mentioned above, PLA collection efforts in the field are very freewheeling and unstructured.

But in cyber activities the PRC has adopted a Russian paranoid “cold war mentality.” They appear to be trying to keep their cyber war fighters in a rigid military chain of command.

In fact there are significant criminal penalties in China for violating cyber restrictions put in place to keep their citizens from freely playing on the web and also acquiring information.

The leadership of China is trying to constrain and contain the growing World Wide Web sharing of information.

It will be interesting to see if overtime the PRC is capable of stopping their citizen’s nascent “Jasmine Revolution” which is currently originating in Africa and the Middle East and spreading.

The PRC essentially has two cyber targets, those external to China and also their own citizens.

Only totalitarian dictatorships and closed societies have this challenge.

It is an Intel/cyber seam for a free and open society to exploit.

Shaping a Way Ahead

President Elect Trump is correct in essence stating the IC does not know.

To be kind most every article actually “fuzzes” up the reality of IC speculation into full certitude that the Russian Government got him elected.

Or at least that is where the MSM is taking it.

Now Congress is involved on “getting to the bottom” of it all.

Tough words from a US Senator:

“I think they’re one of the most destabilizing influences on the world stage.

I think they did interfere with our elections, and I want [Russian President Vladimir] Putin personally to pay the price.”

It will be interesting to see where all this goes and the veracity of the IC is offered up to the new President, after all both the current National Security Director and DNI are proven public liars for political gain.

2 responses to “Russian “Cyber” Attacks and the Election in Context”