The Iraq Withdrawal: Missing the Point and Taking a Victory Lap

Presidential elections always have their amazing moments where claims and assertions obviate reality.

Taking a victory lap on the Iraq withdrawal is surely one of those political rituals with totally disregard to reality in the Middle East.

Let me be clear.  I did not think the Iraq invasion made any sense at all.  Indeed, I provided a DVD to one of the senior decision makers on this ill fated decision to try to provide a context which should have led to some reflection prior to invasion.

It did not and I was informed that “this will be different.”  It wasn’t. 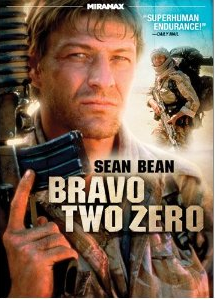 The DVD to which I refer is Bravo 2 Zero.  The amazing movie made from the hard hitting book which looked at what average Iraqis let alone what the leadership did to British special forces captured in action.

Watching the warm welcome which Iraqi villagers provide to one special forces member should have provided pause to the notion that we would be welcomed by empty arms.

But ideology is more important than analysis in making national security decisions.

And although we were promised “Change you can believe in,” we have seen ideology once again trump reality.

The President was committed to withdrawal from Iraq and achieved it.  But what is lost is simply the cost of so doing.

The President and his team could have negotiated a status of forces agreement to keep the USAF and related assets engaged in the defense of Iraq, and as a barrier to Iran.

The US could have gotten Super Tucanos, airlifters and then F-16s into the country to provide for internal security and to lay a solid foundation for the defense or Iraq against the Iranians.

But this opportunity was thrown away.

And now the Administration is doing it again in Afghanistan.

Here we should already be transitioning to air support to the Afghans; we should have C-27s and Super Tucanos in the hands of the Afghans.  We should then work with these forces to provide for hot pursuit of Taliban seeking refuge in Pakistan or in more distant Afghan locals.

But we are celebrating the Arab Spring and ignoring the cauldron which is the Middle East.

Each building block — paid for in blood — which allows the US to provide leverage in an explosive situation is an important asset.

Rather than taking a victory lap, Mr. President, it is time to recognize the failure of the Arab Spring, your failure to close the deal in Iraq and the inability of your Administration to get air assets in the hands of our Afghan allies.

Indeed, rather than spending time on the Internet or taking victory laps, how about taking hard decisions?