The Chinese government’s lack of enforcement of IP laws, along with recent policies to spur “indigenous innovation,” are causing economic harm to American companies that have not even opened production facilities in China, according to the ITC. The Chinese pay very little in royalties and license fees to U.S. companies.

The Chinese government does not prosecute intellectual property cases involving foreign parties, due to the “lack of independence of the Chinese courts,” according to the ITC. “It is reportedly common for judges to follow instructions from the local government in particular cases.

There is also concern that the Communist party exerts subtle control over the outcomes of cases deemed sensitive by the government.”

American companies have not pursued cases against Chinese state owned enterprises “both because of the risk that the judiciary or administrative authorities, reacting to political pressure, will deny relief and because of the fear of government retaliation,” says the ITC. “Meanwhile, it is often perceived as fruitless to pursue smaller infringers, who can disappear and set up shop elsewhere or under a different name even if the IPR holder prevails.” 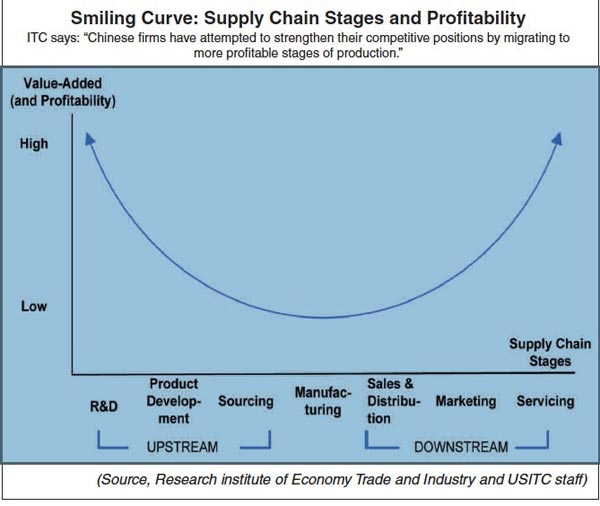