Leverage Allied Investments and Capabilities in Rebuilding the US Military

President Trump having highlighted the question of allies might be pleased to learn of significant allied investments in new combat systems which his own forces can use, thus saving money and enhancing capability at the same time.

Washington rules dominate as the Trump Administration is losing the fight.

The US Navy along with other key services is focusing on the reset to high intensity operations while engaged in the fight against ISIS at the same time.

The Challenge of Regime Change: Ron Maxwell Looks at Why Resetting US Foreign Policy is Stalled

This isn’t merely a story of palace intrigue and revolving chairs in the corridors of power. Brave Americans in the uniform of their country will continue to be sent into far-off lands to intercede in internecine conflicts that have little if anything to do with U.S. national security

Working to Eliminate Some of the Worst Parts of Military Service

The Trump Administration is trying to get rid of the worst parts of the over requirements aspects of military service.

The Case for Talking to DPRK

Danny Lam discusses the logic for talking with North Korea and has his recent articles have warned the North Korean conflict promises to be a high intensity one, not simply a repeat of the last Korean War. 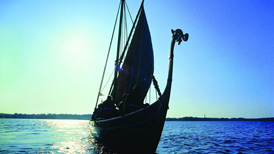 We have consistently taken Donald Trump and his candidacy seriously. That puts is in a distinct minority. Now the press which could not do anything but support the political mobilization of his critics and opponents and the Inside the Beltway strategists are going to get it right about Trump and his Administration’s path to the future?

We have dealt with the future of Pacific strategy, the future of airpower, the nature and impact of the Bold Alligator 2012 exercise and Just Do It or how to shape a post-Afghan US military, the challenges of the rebirth of nuclear deterrence issues with regard to the Second Nuclear Age and most cross cutting issues which are creating the foundation for global crises and global change.

In this forum, we are focusing on the election of Donald Trump whose election victory provides a challenge to conventional political wisdom and to foreign and defense policy of the past two Administrations.

Debating The Future of American Defense

This Florida Recount is NOT the same as the Bush vs. Gore days

The Republicans should not give enhanced credibility to a corrupt process because this time the Judiciary has already given President Trump due process and 4th Amendment top cover.