Change You Can Believe: Finally a New Flag

Prior to the bicentennial celebration, there was much discussion about whether the US anthem should be changed.  The current one is hard to sing, and for some too militaristic.

It was not changed.

But at the time no one suggested a change in the look of the American flag.

That is until now.

The Obama campaign in pursuit of change you can believe in has invented a new flag. 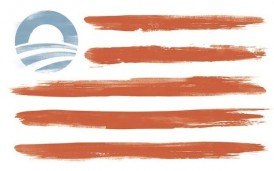 According to a website that introduced this interesting development:

The Obama campaign produced a poster of an American flag, with Obama’s “O” symbol replacing the field of stars, as an item of campaign merchandise, selling for $35….

But thinking better of it the campaign has withdrawn this priceless campaign memory from sale.

The Obama campaign has quietly ditched the flag poster, which now returns an error message if you try to buy it at the Obama store.

And this is not the only innovation which has come our way recently.

Here is a quiz for readers of the Boomer column.  Which action gets you a call from the Chairman of the Joint Chiefs of Staff? 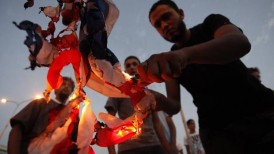 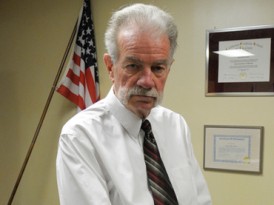 If you answered 1, you are a cold warrior.

If you answered 2, you are into governing the global commons.

Me, I just remember life in the Great Asian Vacation, and our Chairman would not have been calling the Buddhist monks dosing themselves in flames.

But times change, what can I say!